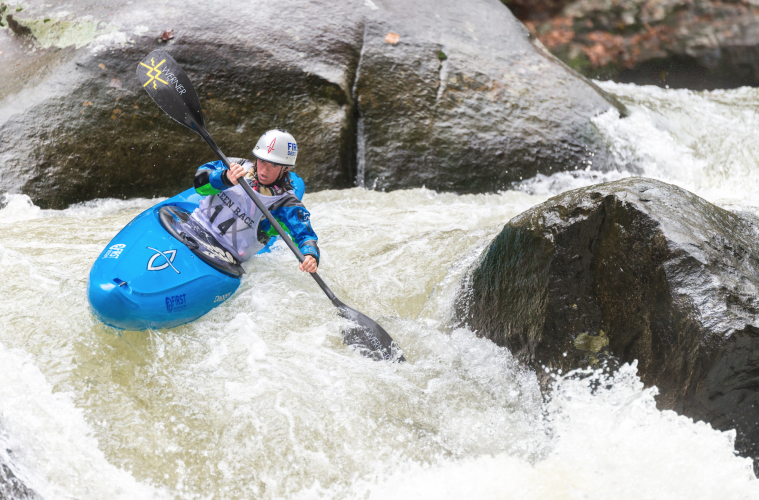 Although most sponsored athletes have to take side jobs to generate a complete salary, they tend to take low-key gigs, especially if their sport involves high levels of adrenaline. Pro whitewater kayaker Adriene Levknecht lives for the rush on the river and off, as she works as a paramedic for South Carolina’s Greenville County EMS during her off season. She also serves as a staff member for First Descents, an organization that provides young adult cancer survivors and fighters with no-cost outdoor adventures.

As a young athlete, Levknecht studied with the World Class Kayak Academy, a traveling high school that develops elite whitewater kayakers. She moved to Asheville at age 16 to launch a career as a pro whitewater kayaker, and she has emerged as champion six times on the Green River Race. She took bronze at the 2013 Freestyle Worlds competition, and Canoe & Kayak magazine named her the 2012 Female Paddler of the Year, to name a few highlights