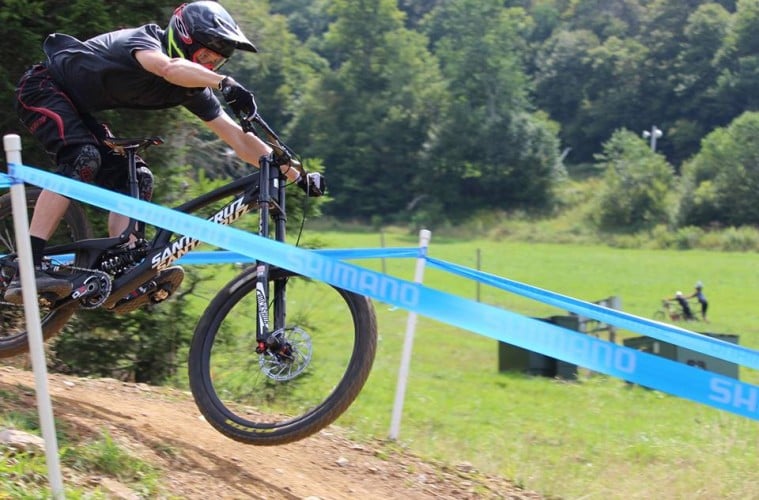 As a competitive mountain biker from 2000 to 2012, Chris Herndon took home a ton of awards, including the 2007 dual slalom national championship. But his most lasting legacy may be the racetrack he built at Beech Mountain Resort in Avery County, North Carolina, which hosted the 2011 and 2012 USA Cycling Mountain Bike Gravity National Championships. The addition of the championship-quality trail systems in North Carolina has helped elevate the sports of downhill and dual slalom mountain biking to the southeast, and it’s just one of many courses Herndon has professionally developed since his childhood of pushing dirt in Pisgah National Forest. Herndon has also contributed to the future of the sport as the developer of the GROM Racing team, composed entirely of junior downhill racers, and as a U.S. National Team coach.