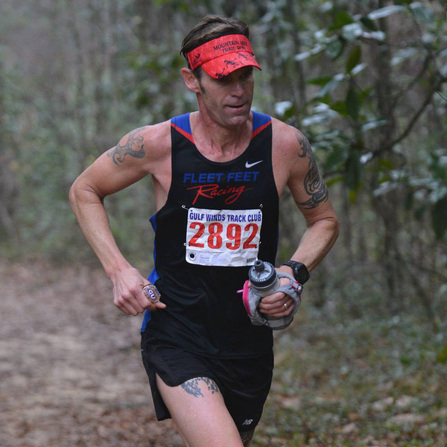 Huntsville’s Dink and Suzanne Taylor have established a shop that serves as the local running mecca. “Fleet Feet Sports” attracts runners of all stripes from across the north Alabama area and specializes in fitting runners and walkers with the best possible footwear for their feed and needs. The shop also sponsors the Fleet Feet Racing Team.

Dink Taylor ran more than 1,000 races from one-milers to 24-hour endurance runs, and he has more than 31 years of running experience under his belt. In August 2012, the superfit 47-year-old runner suffered a stroke while preparing for a marathon. After a season of recovery, he again competed in a 50-mile race and has since begun running triathlons.

Suzanne has been running for more than 20 years, and she has run seven marathons, including two Boston Marathons. Together, the pair co-directs the Mountain Mist 50K, Recover from the Holidays 50K, Rocket City Marathon, The Cotton Row Run and the Running of the Bulls 5K, and they serve on the Huntsville Track Club Board.