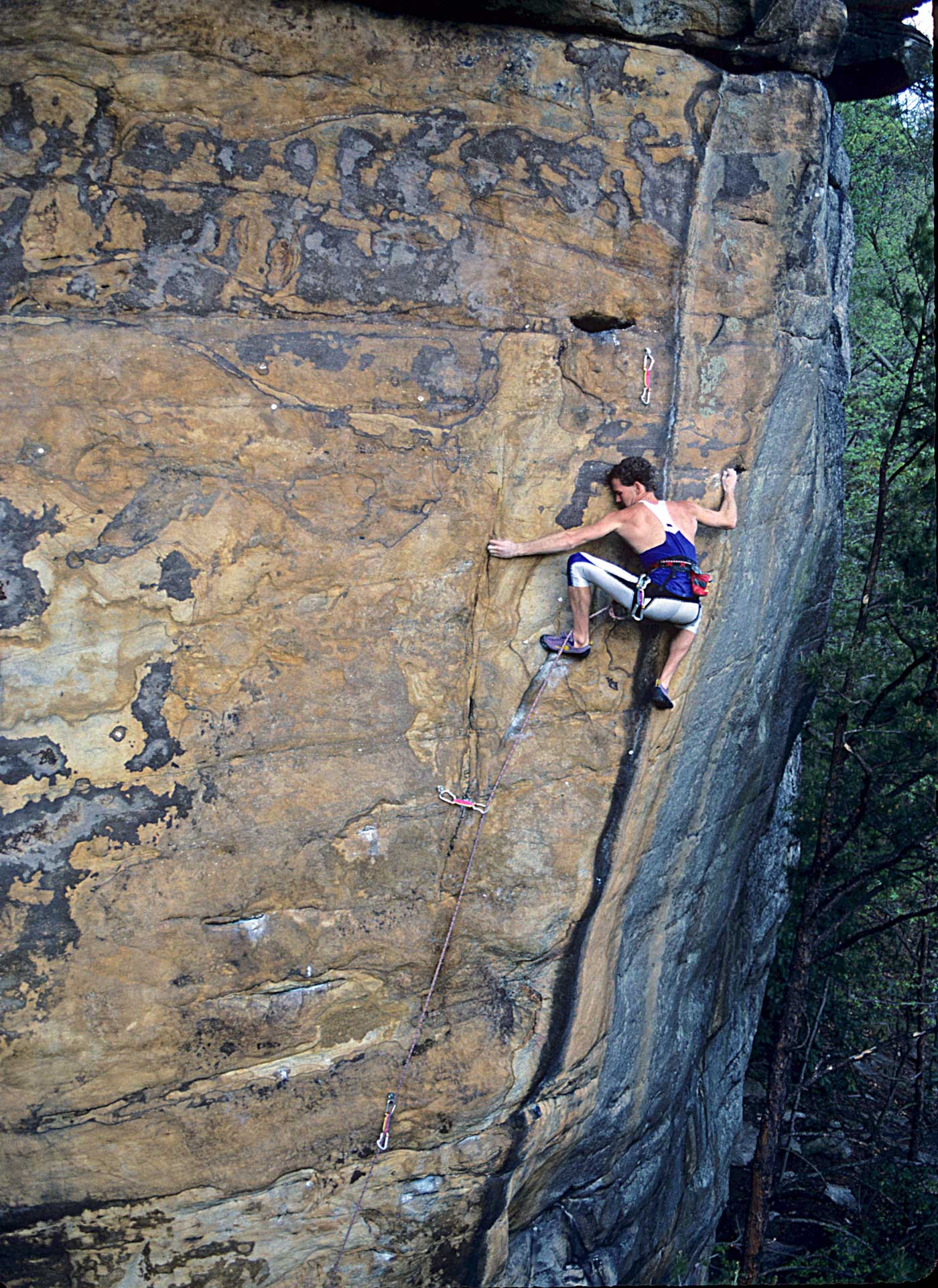 Climber Eric Hörst cut his teeth on the crags around his childhood home of Lancaster, Pennsylvania, during the late 1970s and early 1980s and began traveling nationwide to explore new climbing routes the summer before his last year of high school. During that senior year, he developed numerous training devices and methods to build up his skills while he couldn’t access big mountains, and he and friend Jim Bowers spent much of Horst’s four years at Penn State University developing routes. These experiences led to his career as a prolific route setter, and he has authored nine books and one audio program that offer wisdom on climbing training, elevating human performance and guides to important climbing routes throughout the east.

In the late 1980s and early 1990s, Hörst was a major player in the development of hard climbing at the New River Gorge, establishing the area’s first 5.13 in 1987 along with another 200+ routes throughout the Gorge.

Further demonstrating his commitment to all things rock, Hörst also works as an adjunct faculty and staff member with the Earth Sciences Department at Pennsylvania’s Millersville University. His teenaged sons, Cameron and Jonathan, have also become prolific climbers and both completed 5.14a/8b+ routes before their 12th birthdays.