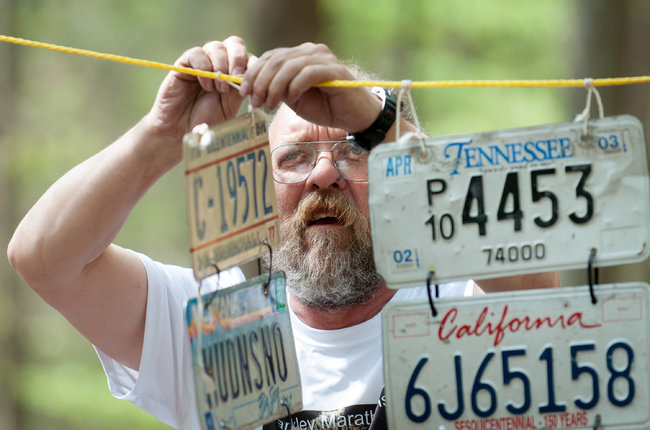 After Martin Luther King Jr.’s assassin, James Earl Ray, escaped from Brushy Mountain State Penitentiary and struggled to cover eight miles through the woods in 55 hours, Gary Cantrell thought to himself, “I could do at least 100 miles.” With that thought, the idea for the Barkley Marathons was born. Widely believed to be the toughest trail race on the planet, the spring competition involves five reps of a rough 20-mile loop in Tennessee’s Frozen Head State Park, with part of the course going through the now-closed prison. Overall, runners cover approximately 110,000 feet of elevation change over their 100 miles, and in the 30 years the race has been run, only 14 of approximately 1,100 entrants have even completed the full course. Lazarus Lake, as Cantrell is also known, specifically designed the race for failure. The ultrarunner also created the 40-mile Strolling Jim race, the 500-kilometer Vol State Road Race, the 50-kilometer Barkley Fall Classic, and the Race on the Farm at Cantrell’s home, in which racers repeat a 4.167-mile loop until they drop out from exhaustion.