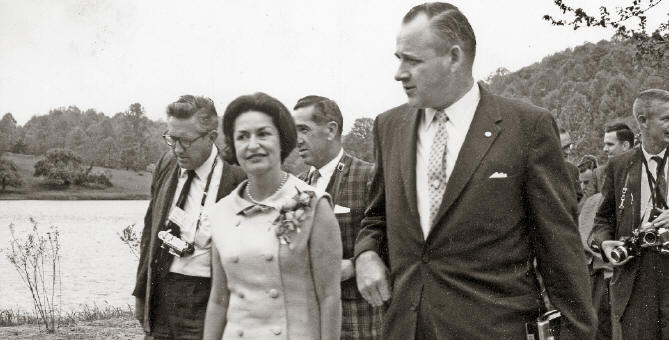 The seventh director of the National Park Service and a critical player in the expansion of the federal lands system, George Hartzog Jr. was born and raised in poverty in Smoaks, South Carolina. Despite having only one semester of college, he studied the law and passed the bar exam in 1942, then became an attorney for the General Land Office (now the Bureau of Land Management) in the Department of the Interior in 1945. After six months in that position, he transferred over to the National Park Service and took field assignments in Great Smoky Mountains and Rocky Mountain National Parks.

Hartzog took an associate director position in 1963 to prepare for his pending directorship in 1964 upon the departure of Conrad Wirth. With Secretary of the Interior Stewart Udall, Hartzog oversaw the addition of 62 new parks and the passing of the National Historic Preservation Act of 1966. He also helped bring forth the Alaska Native Claims Settlement Act, which ultimately led to the creation of several national parks in Alaska. Hartzog’s term ended in 1972, and his legacy includes advancements for the NPS in urban recreation, historic preservation, interpretation and environmental education.