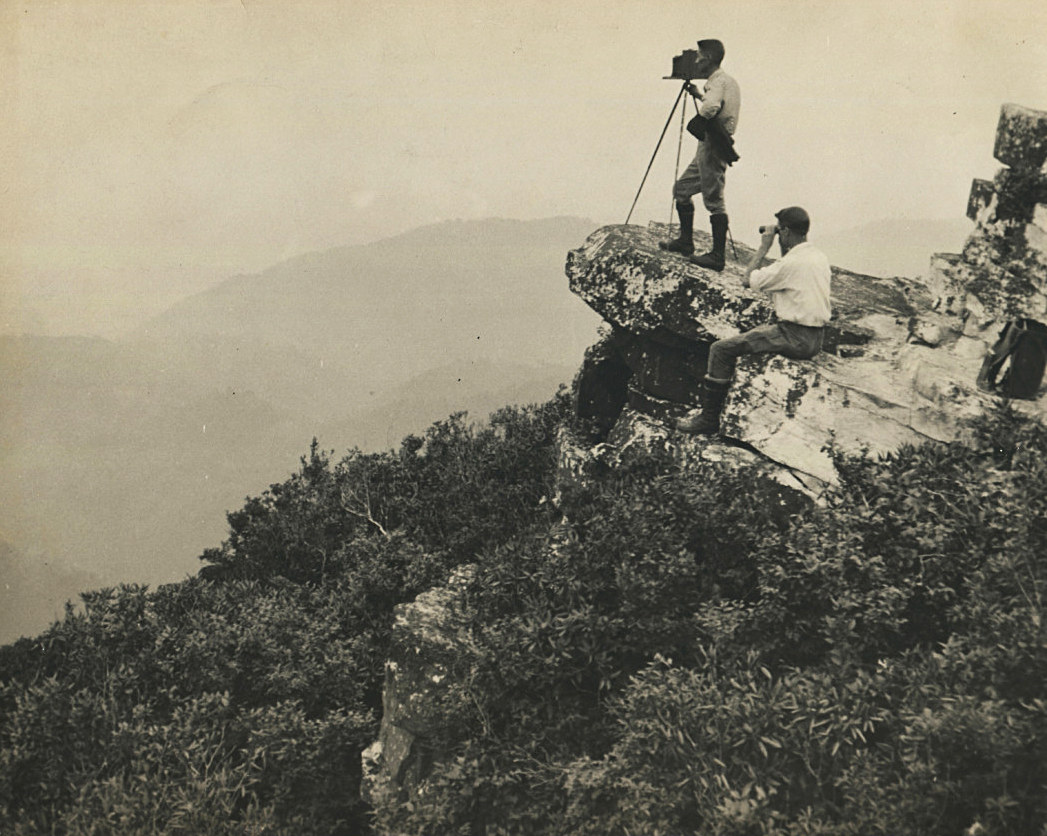 George Masa’s close friendship with Horace Kephart is an enduring part of his legacy, but he had been a prominent landscape photographer in the Smokies long before the two met. Japanese by birth and an engineer by education, Masa settled in Asheville, North Carolina, in 1915 after more than a decade in the western U.S. He began photographing guests at the Grove Park Inn hotel where he worked as a laundry attendant, bellhop and valet, documenting their adventures in the mountains.

However, the background of his photos soon became his primary passion, and he began spending days or weeks at a time lugging heavy camera equipment through the mountains, searching for a perfect vantage point or waiting for the perfect light. During these excursions, Masa would generally shelter his camera equipment under his tent while he slept outside, exposed to the elements.

As the movement for the national park intensified, organizers needed information about the landscape, so Masa attached an odometer to a bicycle wheel and began gathering measurements of the region’s trails and mountains during his photographic treks. He and friend Horace Kephart mapped much of the region and catalogued their measurements as well as the local and Cherokee names for the peaks.

In his later years, Masa also scouted and marked the entire North Carolina section of the Appalachian Trail. He died of influenza in 1933, one year before the park’s creation, and in 1961, a 5,685-foot peak on the shoulder of Mount Kephart and located along the AT was named Masa Knob in his honor.