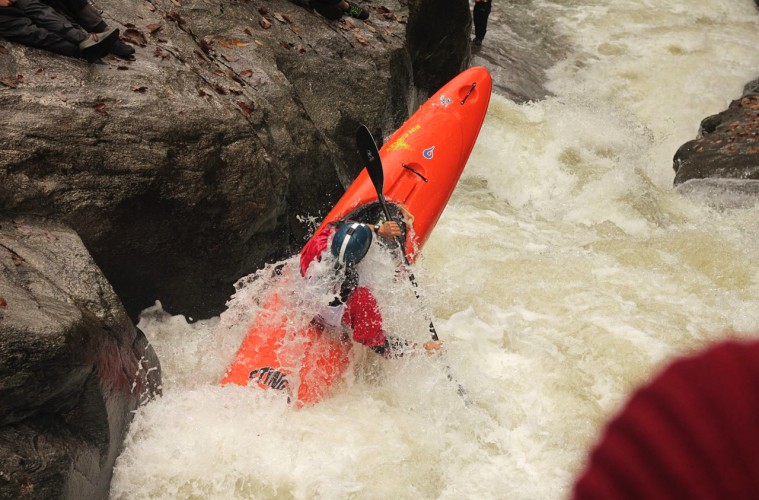 The Green River just south of Asheville pulled kayaker John Grace from his native Indiana to live in the mountains of North Carolina, but an adventure he shared with three friends in northern British Columbia may forever color his name. In 2005, Grace and fellow North Carolina kayakers Daniel DeLaVergne, Tobin MacDermott and Tommy Hilleke put in on the Grand Canyon of the Stikine River, a 50-mile stretch of Class V+ rapids, considered the highest survivable river rating. Fewer than 40 paddlers had ever navigated through the torrent, and all of them took three days to do so. The team of four North Carolina paddlers, all in their 20s, completed the route in a mere nine hours and 50 minutes, a feat that earned them accolades as National Geographic Adventurers of the Year.

Grace, a member of Team Liquidlogic, has also logged first ascents in every continent except Antarctica. The filmmaker and owner of Asheville-based AMONGSTiT Inc. also dedicates himself to creating content that showcases some of the most spectacular outdoor recreation sites and accomplishments around the world. He also serves as web administrator for the Green River Access Fund, which manages parking and access to the main put-in site for the Green River.