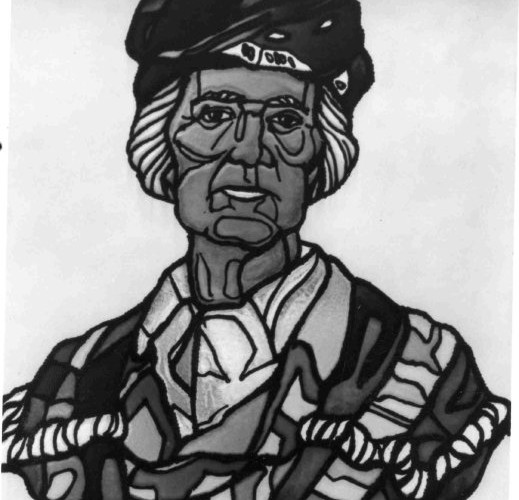 A Cherokee leader in western North Carolina during the early 1800s, Tsali became a hero for his people after his execution in 1838. The U.S. Army had been tasked to forcibly remove the Cherokee people from the area, and they evicted thousands of Cherokees from their homes and crowded them into stockades before marching them west along the Trail of Tears. Full details aren’t entirely clear now that the story has taken on legendary status, but most accounts agree that Tsali and his family went peacefully from their home when removed by a small group of soldiers until one jabbed Tsali’s wife with his bayonet to hurry her along. In their native tongue unintelligible to the white soldiers, Tsali and his family members quickly hatched a plan to overpower their captors, which they did, killing one or two of the soldiers and injuring the others before they escaped into the mountains.

The army general in charge of the Cherokee removal offered a group of Cherokee people a deal: In exchange for turning in Tsali and the others involved in the incident, they would be allowed to stay on their land. When Tsali heard of this negotiation, he and his son and brother-in-law reportedly turned themselves in to secure their people’s freedom. Army members then gathered a group of six Cherokee to form a firing squad, and Tsali and his son and brother-in-law were tied to trees and executed. Although the government continued to harass the tribe members through the 1800s, the Cherokee protected by Tsali’s sacrifice successfully held onto their traditional homelands and eventually formed the Eastern Band of the Cherokee Nation, now numbering more than 14,000 members.

Today, the Tsali Recreation Area in the Nantahala National Forest helps keep his name alive, a short distance from his home near Bryson City. The renowned outdoor destination contains nearly 40 miles of trails on four loops for mountain biking, hiking and horseback riding, and it’s considered one of the top riding destinations in the eastern U.S.