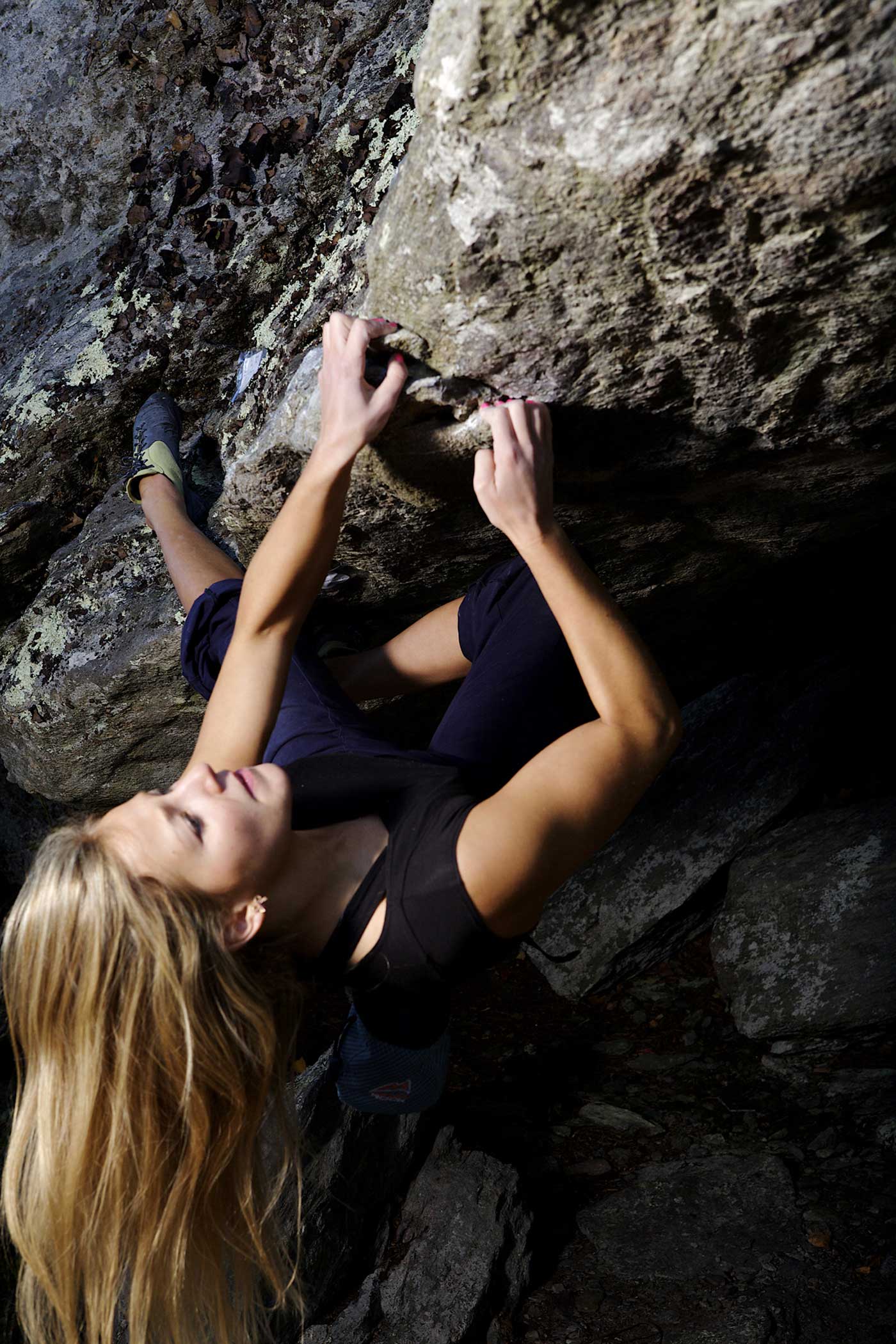 The suburbs of D.C. may not be the first place you’d expect a world-champion rock climber would get her start, but 23-year-old Sasha DiGiulian has been defying expectations from the beginning. She began sport climbing at age 6 and has since won the Female Overall World Championships, the U.S. National Championships three times, the silver medal for female bouldering at the

At the World Championships, she has won silver for female bouldering, bronze for female duel, and the top prize for female overall. A member of the U.S. Junior Team from 2003 to 2010 and the U.S. Adult National Team from 2007 to the present, he has also won the U.S. National Championships three times, but it’s her winning streaks that really command attention. She has reigned as the Pan-American Champion for the last decade and was undefeated as the Junior Continental Champion from 2004 to 2010.

In 2011, just months after graduating from high school, DiGiulian redpointed the 5.14d/9a-rated Pure Imagination route in Kentucky’s Red River Gorge, the hardest climb ever achieved by a female. She has also climbed dozens of other 5.14s.

Last year, despite having almost no alpine experience, she left the gym and headed for the hardest route on the biggest wall in the Alps, a 5.13b-rated route called La Paciencia on the north face of the Eiger. The route had never been climbed by a woman, and DiGiulian wanted to give it a try. Once there, three weeks of repeating icy weather forced her to stop her ascent halfway up, so she and climbing partner Carlo Traversi switched over to 5.13a route Magic Mushroom, never before climbed by a female or an American. The pair reached the top in late August.

DiGiulian is in her fourth year at Columbia University, where she studies nonfiction writing and business.