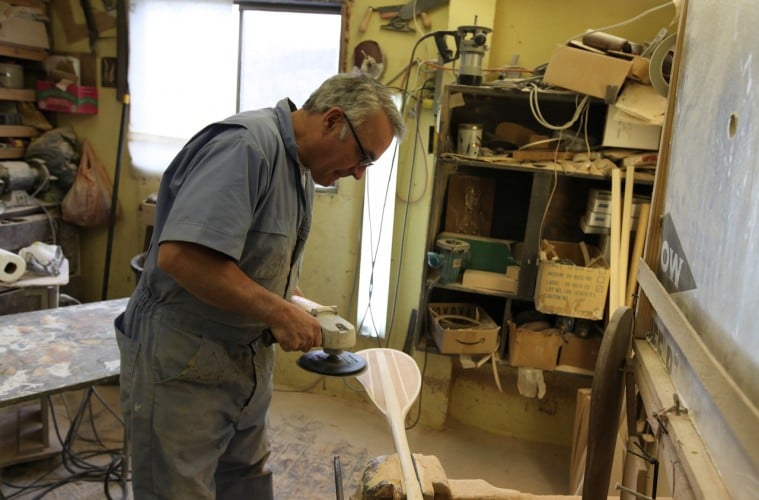 Whitewater innovator Jim Snyder began paddling at age 11 in Ohio and raced during his youth, and at age 15 he began working as a raft guide on the Youghiogheny River. Shortly thereafter, he started building his first kayaks and began learning how to craft paddles under the tutelage of master paddle builder Keith Backlund of Woodlyte Paddles. Snyder began handcrafting his famous RivrStyx paddles in 1975 and continues to do so, thanks to an eager market.

In the early 1980s, Snyder designed his first kayak, which became the first commercially produced short boat in the country. Soon, he began working to craft squirt boats for freestyle kayaking and tricks, and in 1991, he developed and patented the Jimirim spray skirt system, still widely in use today. In 1993, he won the National Squirt Championships, and in the same year, he pioneered the sport of striding-standing in an inflatable kayak after seeing a Mayan woman standing and paddling in a dugout canoe. In 1999, the American Canoe Association honored him as one of their “Legends of whitewater,” and in 2006, the International Whitewater Hall of Fame inducted him into their ranks, recognizing him as a pioneer of the sport.