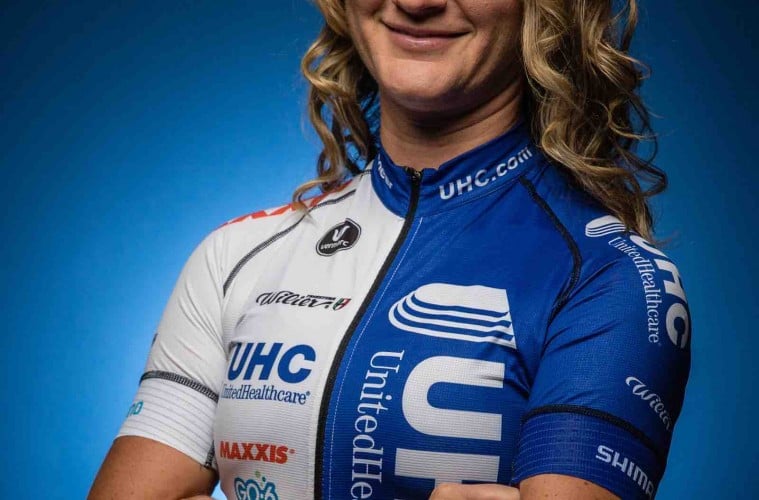 Growing up just outside the track cycling mecca of Trexlertown, Pennsylvania, Lauren Tamayo began racing at age 13 and kicked off with a USA Cycling Junior Track National Championship win in 1999. That initial win launched a professional career filled with both individual and team victories, and by age 18, she was already competing on the global racing circuit.

Competing on velodrome tracks and road surfaces alike, Tamayo snagged first place at multiple US Cycling National Championships in both road races and time trials, and her 2010 team took home the team pursuit gold and set a new time record for the event during the Pan American Championships. She has also placed at multiple Union Cycliste Internationale (UCI) Track World Cups, and in 2012, she and her U.S. teammates won the silver medal for the team pursuit at the London Summer Olympics.

Tamayo now competes with the UnitedHealthcare Pro Cycling Team, and frequently trains on the track at the Home Depot Center in Carson, California. However, she lives in Asheville, North Carolina, which she says has the best road riding in the country, and there she created a program to introduce kids to their local velodrome. She also pitches in on programs with the Western North Carolina YMCA.