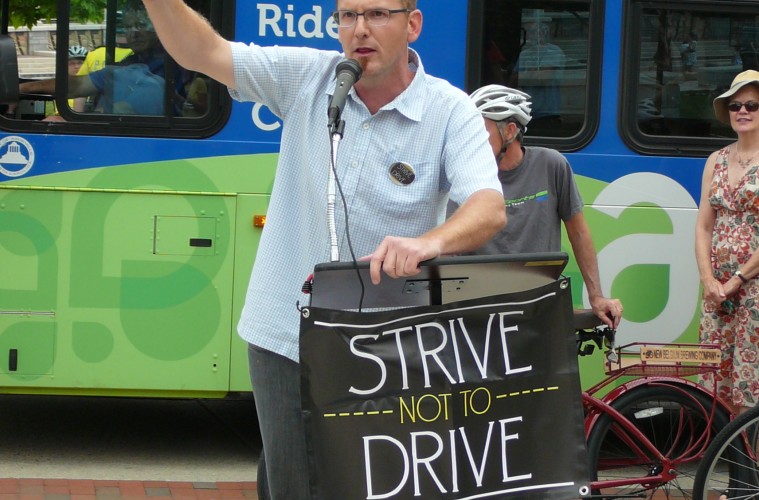 Asheville, North Carolina, is well known as an outdoor recreation hub, and part of that vibe traces directly back to Mike Sule, founder of the bike community group Asheville on Bikes. Sule, who gave up his car in 2009, started the group in 2007 using prize money won from a city parade in which he and two dozen costumed cyclists rode to celebrate bike culture. Since then, the group has successfully advocated for the installation of bike lockers downtown, and members regularly host fun community rides and annual events boasting hundreds of bikers to promote interest and engagement in cycling.

The group’s lighthearted nature is backed by its commitment to creating safer riding conditions and better road infrastructure for cyclists, and members successfully campaigned for the city’s Comprehensive Bike Plan in 2008. Volunteers from the group speak during teen drivers’ ed classes to teach them how to interact with bikers on the road. The necessity for such support catapulted into the spotlight in 2009, when a frustrated Asheville driver shot at a road cyclist, piercing his helmet but mercifully missing his head.

In 2014, the expanded group hired Sule as its first full-time director.